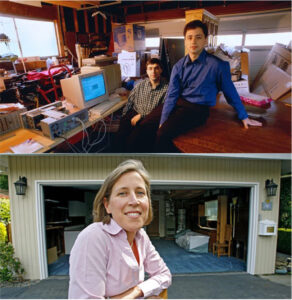 InnoVisionDenmark “connects the dots”. We believe Denmark can become even more successful for scale-ups with global potential. Part of our contribution is “know who” / networking with key people.

Esther Wojcicki, a key person in Silicon Valley, is coming to Denmark again in September 2022 !

Esther is high school teacher at Palo Alto High School and also known for supporting two young entrepreneurs, who started their business in the Woj garage in 1998; a company called Google 

Esther is the founder of the Moonshots in Education Movement and author of the book ”How to Raise Successful People”, describing raising her own kids and kids in Palo Alto High School.

Her three daughters are Susan (CEO of YouTube), Janet, a Fulbright-winning anthropologist, Assistant Professor of Pediatrics and researcher, and Anne (co-founder of 23andMe)